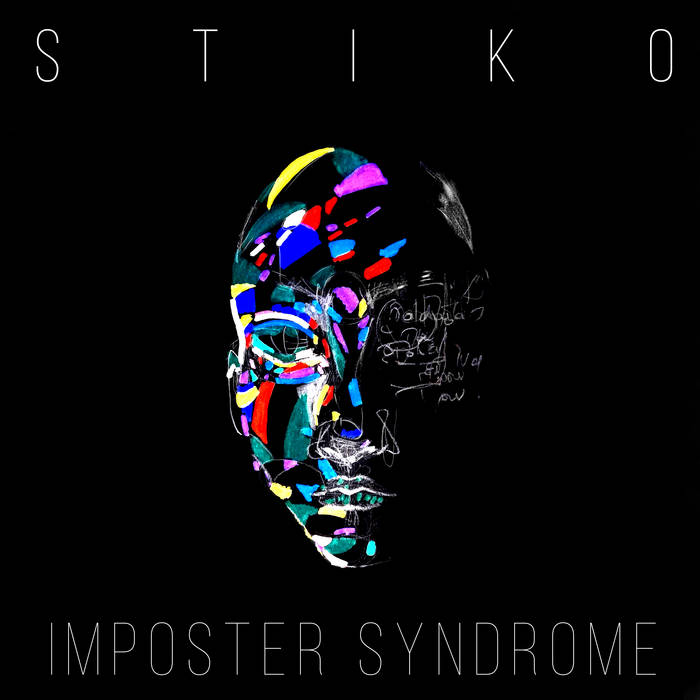 Impostor syndrome, also known as fraud syndrome is a psychological pattern in which an individual doubts their accomplishments and has a persistent internalized fear of being exposed as a "fraud".
Every artist will be facing this syndrome once in a career. Sometimes you gotta make diversions to overcome it, ‘fake it until you make it’.
Passions always contain some inner drama, some doubt...self doubt and constant questioning!
What a classic psychological problem that artists and musicians have to face as they fall in love with their art! After all who may call himself an artist? On the other hand no one but yourself can give value to the ''artist'' sign over your head!
Now, these feelings, diversions and fusions are the main elements of Stiko’s music translated into simple images. Impostor Syndrome combines the tension of the futuristic soundscapes and crazy drums with the chill vibe of ethereal melodies and rich but smooth basslines.
That’s with modesty but also a strong determination that Stiko invites us to listen to this chill, beautiful album, perfect for a drink of coffee in the morning, or for far travels where you don’t know what’s gonna be your next adventure.

All tracks produced and mixed by Stiko
Mastering by Aria Mastering
Much appreciation to all the people involved in this pure emotional album. Dedicated to my music mentors Nikolas Gale and Kill Emil, and my dear Myrtia for all her support.