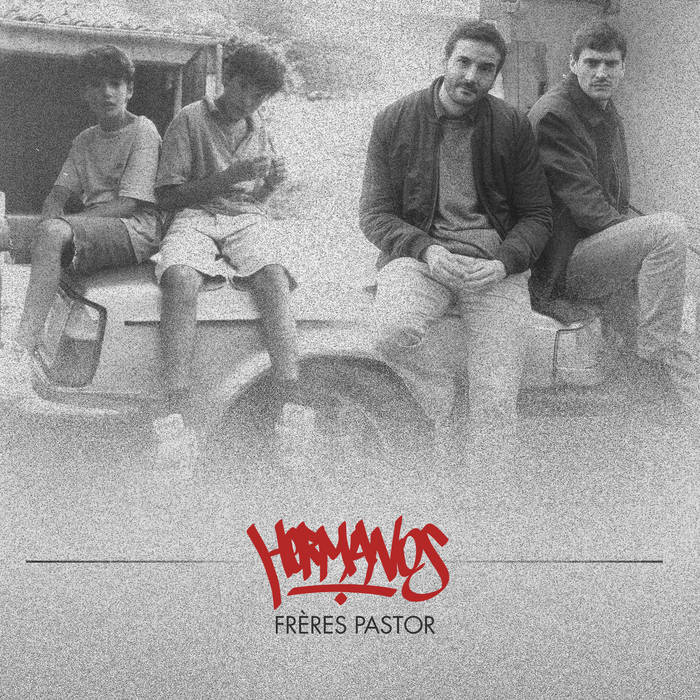 Passion for music is often a family affair.
This is the story of two hermanos growing up in the 90’s in Paris.
Should they listen to Dire Straits or Public Enemy ? Or both ?
Middle school hip hop tsunami then floods the parisian teenagers.
As many others at the time they discover a whole new way of making music
With so many styles, influences and variety, it becomes a musical revolution, a musical revelation for them.
They start digging records, hip hop at first, then in all styles. At the same time, hiphopunderground, napster, myspace, allow them to quench their thirst for new music, while freestyling and playing music everywhere there’s a mic or turntables.
Adrien becomes a vinyl head, and Fabio (aka Biof) geeks with samplers, synths, computers and the insane loops provided by his brother. Needless to say that it is the perfect combo when it comes to making beats
They decide to found a label and in in 2008 Stillmuzik was born, releasing vinyl and digital works from Elaquent, Al Quetz, Somepling, Aaron Evo, to mention just a few of them. Moreover, their 4 volumes of Looking for the perfect beat compilations showcase worlwide beatmakers, in all styles, from the most famous to the yet to discover.
From 2012 to 2016, their radio show on Le Mellotron, « Les Frères Pastor » allows them to propose to the audience the same game that they played before alone, making each other discover new music. Biof digs mp3s while Adrien brings records from his huge collection.
They play hip hop of course, but reggae, funk, latin, compa, rock, rumba, cumbia, house, trap, oriental music and disco as well. They don’t give much a shit about style as long as it is good.
While doing the radio show they decide to take a step further and make their first album as ‘Les Frères Pastor’.
Adrien would not just provide his brother with great records to work with, but would involve himself a lot more in the creative process. Throughout their adventures, they met with great friends, musicians and artists that they wanted to feature in the album.
Vinczdef at the trumpet, Amadeo85 and his magic synths, MarOne, their art director, playing the funky guitar, DJ Ygal and DJ Karz showing their scratching skills, Nicolas Clavaud adding live crunchy bass. End2End studios shelters them for some recording sessions. They also asked to some of the great artists they had the chance to work with if they’d like to remix one of the Hermanos’ songs. : Somepling, Al Quetz, and Elaquent come on the brother’s swinging ship.
As music is the cheapest way to travel through time and space, let’s embark with the brothers to a trip from Haiti to Colombia, Italy to the US, Jamaica to french West Indies, Norvegia to Iran, Canada to Brazil.
What could be nicer than a nostalgic and banging family trip around the world?

Thanks to all for listening

Extra special thanks go to :
- Vinczdef, whom we know from way way back, on the trumpet and End2End studios for shelter on recording sessions (Big Up Bert). A family affair indeed, all time friends.
- MarOne, for his patience in art direction, as usual, and for taking his guitar back from his punk era and play some funky rythms for the brothers' album
- Nicolas Clavaud, for being so enthousiastic and chill at the same time, grabbing his bass and simply playing
- Ygal and DJ Karz, not only because they are amongst the greatest hip hop dj's we ever met, but because we know these cats from a time we didn't grow moustache hair yet
- Amadeo85, because, no one is funkier than the dude, simple, supportive, and positive. No need for more.
- Somepling, whose music is so chill and classy that it sounds like a dude in a white tuxedo barefoot on the beach
- Elaquent, we are fans of his music from day one, and became our firend
- Al Quetz, whose original personality and style paved the way for so many artists and for us

"A Gozar"
Bass by Nicolas Clavaud

"Tula (In Memoriam)"
Trumpet by Vinczdef