Get fresh music recommendations delivered to your inbox every Friday.

by Al Quetz a.k.a Quetzal 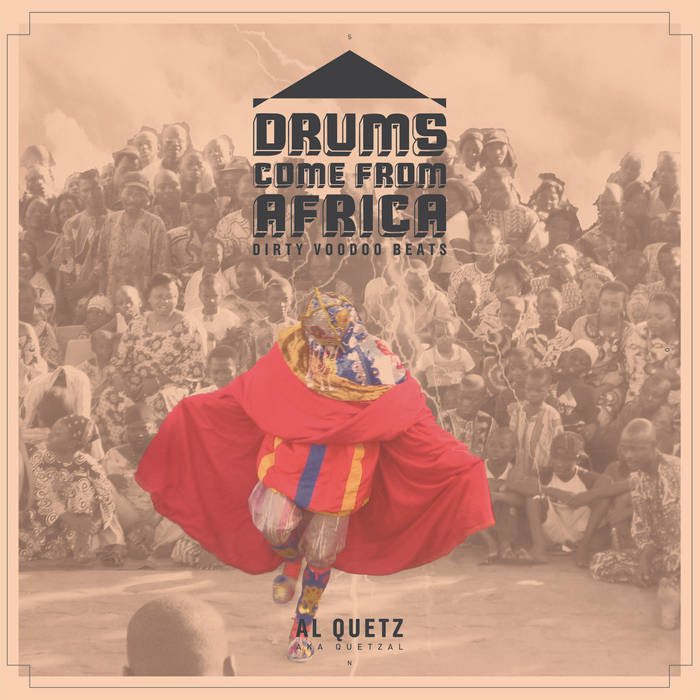 Immersed in Latin and Afro-American music since childhood, he became active in 1995 influenced by the New York hip hop scene of the early 1990s. Following the 2006 release of Tribute, a soul-inspired duet produced with Onra, he returned in 2009 with the Jamaican and Latin flavored Vision, his first solo record.

Now, on Drums Come From Africa, he turns to the true birthplace of rhythm , back to the source of the beat, where percussion leads to trance and allows listeners access to the true essence of things. A militant record , a voodoo ceremony bringing political reflection, the "Drums" as therapy to oppression.

Mixed in collaboration with Guts, and featuring Dela and Kankick, Drums Come From Africa travel from Nigeria to Ghana, overlapping the way of the earth with each driving percussive impact.

Al Quetz nourishes our ears as well as our reflection.